WEST FORK — Shire Post Mint, known for its collectable coins linked to popular and classic book, movie and TV franchises like “Game of Thrones” and “The Hobbit,” has a new headquarters, complete with manufacturing operations, offices and its first ever retail shop.

The 7,000-square-foot space on about an acre at 52 Main St. in West Fork in Washington County comes complete with hobbit-style round windows and entry door. The portal is painted a bright shade of green.

The new location doubles the company’s workspace and helps to centralize operations when compared with its former private location in Springdale, which was spread out across various buildings.

“It’s already gotten better,” said Helen Maringer, Shire Post’s chief executive officer. “Now we have everything in one building and we can communicate better.”

Woody Maringer, Shire Post’s mint master said since the company’s business was primarily online it wasn’t necessary for it to open a retail store in a larger city, so West Fork, a short trip from Fayetteville, seemed a good fit.

Shire Post’s retail shop will feature its own products and will have space for other local makers selling a variety of items, including wands and teas. The company employs about 13 people and is looking to hire at least two more in the near future.

Helen Maringer added that the location opening comes on the heels of a new deal for the mint. She said Shire Post has obtained some licensing through the Jim Henson company for the 1986 film “Labyrinth,” produced by George Lucas, directed by Henson and starring David Bowie, Jennifer Connelly and a bevy of Muppet characters — including Hoggle, Ludo and Sir Didymus. Helen Maringer, who has been a fan of the film since childhood, said she’s over the moon about the deal.

Shire Post Mint began in 2001, but it was in 2003 when the mint’s founder, Tom Maringer, reached a deal with George R.R. Martin for the licensing of coins based on Martin’s “Game of Thrones” books that later went on to become a hit series on HBO. Martin insisted that his licensing agreements with several small businesses, including Shire Post, be maintained as part of his deal with HBO.

Licensing is a business arrangement where a company gives another company permission to use its intellectual property — trademarked or copyrighted material — usually in exchange for payment of some kind.

Shire Post Mint has been making coins full time since 2010 and today manufactures more than 150 different coins, sold individually or in sets, and produces about 100,000 coins annually. The company also produces its own unique items, including jewelry, coins, wax seals and gifts.

Helen Maringer said the company managed to survive and even thrive during the covid-19 pandemic for a variety of reasons, including its business model based on in-house production, its online sales channels and a faithful customer base.

“Our existing customers showed their love for us in a tangible way,” she said.

In response to emailed questions, Brandon Hovath, capital access specialists with the Arkansas Small Business and Technology Development Center at the University of Arkansas at Little Rock, said that while he wasn’t familiar with Shire Post’s particular situation, some of the center’s clients have managed to do quite well during the pandemic.

“Most of these businesses are managed by entrepreneurs that have sought opportunities to pivot and continue to serve their customers in new, innovative ways,” he wrote. “At the heart of entrepreneurship is innovation … those that constantly seek to do familiar tasks in new ways can succeed. Understanding consumer behaviors and keeping the customer at the center of the organization generally yields positive results for businesses.”

According to trade group Licensing International’s annual overview of the industry, worldwide revenue from licensed merchandise and services stood at $292.8 billion in 2019, up 4.5% from the year before and the largest increase in the six years since the report began. The entertainment/character sector brought in the most sales at $128.4 billion, about 44% of the total market share. The U.S. and Canadian market made up 58% of the world’s licensed goods and services with revenue just shy of $170 billion, according to the group’s website.

The online antiques and collectibles industry has done well over the past five years, according to market research company IBIS World, with sales up 5.3% annually to $1.6 billion in 2020. The company projects revenue will increase by 3.5% annually over the next five years. The segment includes those who retail or auction antiques and collectibles, such as coins, jewelry, books, figurines and memorabilia.

Shire Post intends to add onto its new space turning it into a destination spot. Those plans include sustainable gardens and landscaping, and space for food trucks along with eventually hosting shop tours, book readings and outdoor events.

“We’re following where our heart leads us,” Helen Maringer said. 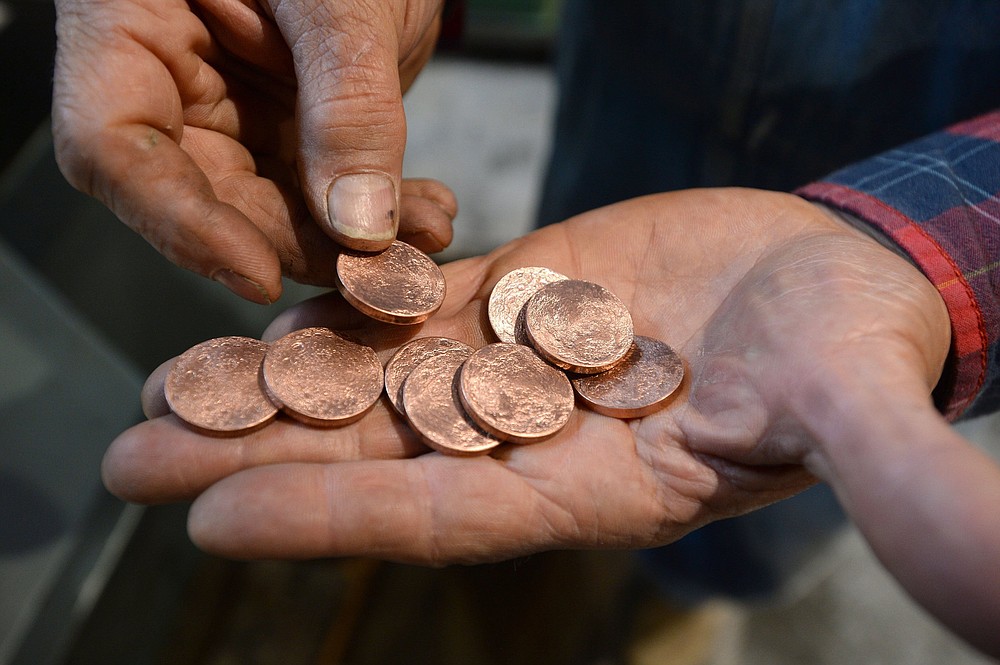