Her first startup failed. She then turned a chance meeting into a successful Frisco company


Sabari Raja walked away from a “perfectly fine” business development job at Texas Instruments in 2012 to pursue her dream of starting her own company. A year later, her startup failed.

As she weighed returning to the corporate world or trying something else, a colleague invited her to attend a local STEM event. She reluctantly agreed, arriving 15 minutes late and drawing the attention of the speaker, who promptly asked her to take a seat at the front of the room with a group of industry professionals.

Raja’s humiliation quickly turned into one of the biggest opportunities of her life. After a day of thorough networking and conversation about the gaps present in education, she came away with a new startup idea.

“The education system is so disconnected from the industry in the real world,” Raja said. “Connecting people from a mentoring perspective is helpful, but the students are still not understanding what they’re learning is really relevant in the real world. So that’s exactly what we set out to solve.”

Now seven years later, the South India native is CEO and co-founder of Nepris, a virtual platform that connects students in the classroom to industry professionals across the country.

The Frisco-based firm’s goal is to promote student career exposure and readiness at a young age, especially for underprivileged children.

“The No. 1 reason kids drop out and disengagement happens is because they don’t see the relevance of what they’re learning in the classroom and how it is applied in the real world,” Raja said.

Through virtual appointments and video calls, K-12 students from across the country can meet with educators and business professionals from a variety of industries. In addition to opportunities for mentoring and project feedback, students can see how concepts taught in the classroom are practically applied to things like manufacturing a car or designing a roller coaster.

“There are these fundamental concepts that [students] are learning,” said Binu Thayamkery, Nepris’ co-founder and chief technology officer. “If we can connect them to the real world, the sparks can actually go off in their minds, and that could be a game-changer.”

Since 2013, the Frisco-based company has reached over 1 million students across the country, connecting them with 100,000 educators from over 5,000 companies.

“All of a sudden it makes sense,” Raja said. “They’re understanding the topic better, students are excited to be in class and they are more engaged.”

By measuring engagement, exposure and relevance, Nepris found that 95% of students are more engaged in the classroom after connecting with educators. And 93% of participants say they learned something about a career they didn’t know before.

Raja attributes a large part of her success to her networking opportunities and support from investors along the way. Interestingly, all of the people sitting at her table at the STEM education conference became involved in Nepris in some way.

“It was a coincidence,” Raja said. “Coincidences happen, but what you do afterwards matters.”

A teacher seated at her table was the first to bring Nepris into a school. Raja would visit Pam McBride’s first-grade classroom in McKinney ISD to observe students and listen to what she was teaching. Then, the two would work together to understand the gaps that needed to be filled.

“I realized the issue was real and people [were] ready to do something about it, but technology wasn’t playing a role in connecting communities,” said Raja, 46. 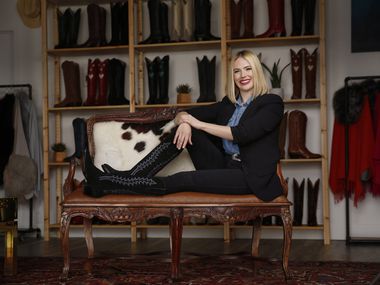 Nepris has raised $7.4 million in funding, including $5 million a year ago. Lead investors included Stride (formerly known as K-12 Inc.), the Michael and Susan Dell Foundation, Strada and Next Wave.

“The Nepris founders shared our mission and demonstrated a real commitment to improving outcomes for students,” said Jami O’Toole, senior director at the Dell Foundation, one of the company’s early investors. “For an early-stage company, they had made tremendous progress in building a great product.”

When reflecting back on her childhood in rural South India, Raja said that played an important role in how the company came about. She grew up on a coconut farm with little understanding of the outside world.

From an early age, Raja’s parents instilled in her the importance of education. Despite both not having college degrees, they sent her to boarding school at age 5, a practice considered “just the norm” for children in the rural area.

“I grew up with very limited exposure,” Raja said. “Now, I look back and realize … there was always this inner drive to achieve more.”

Raja had an ambitious personality, but lacked communication skills and confidence. The idea for Nepris grew out of her reflections on opportunities she did not realize existed as a child.

“Kids need to believe that they can do this,” Raja said. “For that, they need to be able to see people, places and experiences that open the world to them. Many of the underserved students don’t have that opportunity.”

To reach the underprivileged population, Nepris focuses on its social impact mission alongside financial metrics. Seventy percent of Nepris’ investors are impact investors, meaning they’re not just interested in the company’s financial success but rather the social impact it makes on students.

“It is great to see the students’ excitement during a Nepris session and to hear the great questions they ask,” O’Toole said. “It was clear that the students were experiencing what specific careers really mean in a way they can’t do by reading about it online.”

The educational technology platform sets impact goals and measures the percentage of students reached who are on free and reduced lunch plans, indicating they’re from lower socioeconomic backgrounds.

“Exposing students to a wide variety of industry professionals also inspires students to see themselves in a career they may never have imagined,” O’Toole said. “The work Nepris does is particularly important in communities where access to a diverse set of career mentors isn’t always possible.”

Connecting more girls to role models in STEM, an under-represented area for women, is one of Raja’s personal passions.

Nepris’ service is most commonly purchased by public school districts, though it also works with charter and private schools. Pricing per school district varies from $4,000 to $6,000 a year, a rate that covers requests from every educator, student and counselor for a year.

“There was always excitement around the product and what we’re doing,” Raja said. “In the last three years, the market has caught up to this company. Awareness, readiness and federal and state funding have started aligning to it.”

The Nepris platform also hosts a large content library, Raja said. Anyone on the platform can access 12,000 hours of industry-generated content previously recorded by educators across the country.

“Forty states have put this as their top priority,” Raja said. “It’s becoming more of a must-have than a nice-to-have.”

In the past three years, Nepris has seen 100% year-over-year growth, ending 2020 with revenue just over $6 million. In the coming year, the company is shooting for $12 million in revenue. Its 30 employees in the U.S. work with an offshore team of 12 in Bangalore, India. 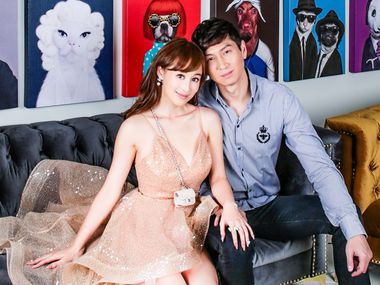 Raja envisions Nepris becoming a global brand. It will launch its first international pilot in Dubai next year, and there’s interest in India and the U.K.

“You want to be intentional, but you don’t want to jump into every opportunity you get if you’re not ready for it,” Thayamkery said.

As an entrepreneur trying to break barriers and “move mountains,” Raja said she looks at the world to some extent through rose-colored glasses.

“We set off with the ambitious goal of changing how students learn in the classroom,” Raja said. “We are reaching underserved students, students coming from lower-socioeconomic populations and minority students. That is where we make the most impact.”